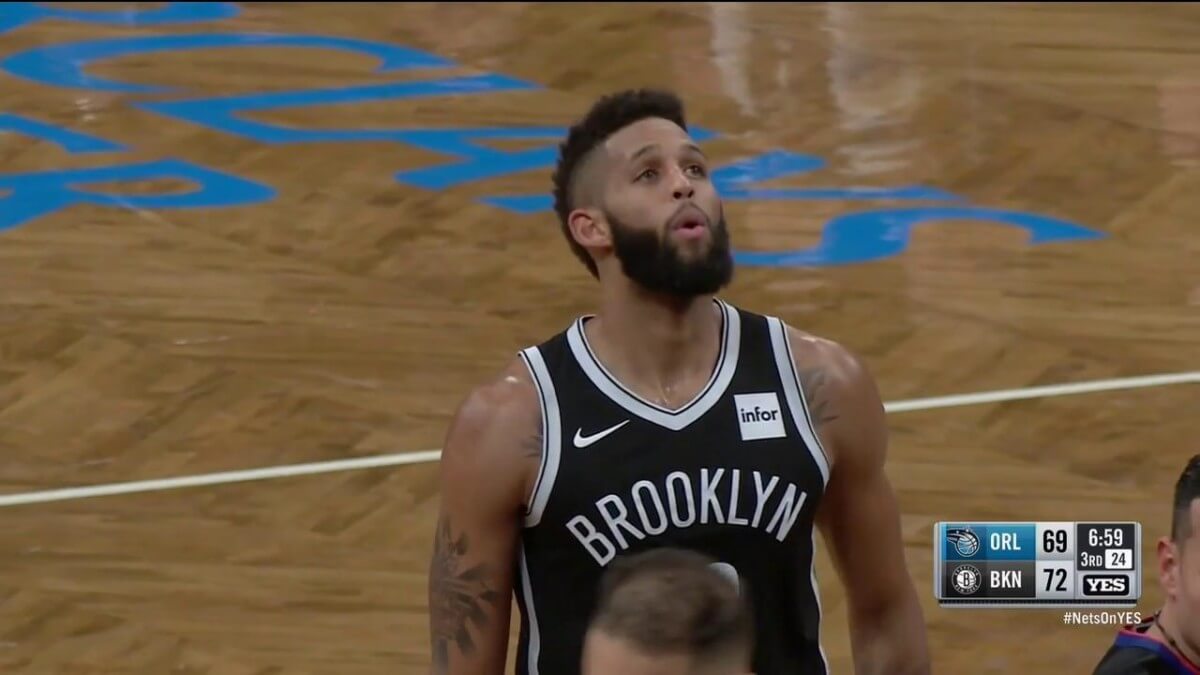 The Nets are in the win column!

Brooklyn looked to bounce back after an underwhelming season opener against the Orlando Magic Friday night, and it was a fun one. Both teams scored more than 120 points and it came down to a few shots late in the game to decide a victor.

The Nets’ defensive woes continued, but the offense stayed sharp. Six different players scored in double figures with the leading scorers being DeMarre Carroll and D’Angelo Russell with 17 points each. Russell was struggling throughout the game with turnovers but made up for it with three huge shots late in the game.

The Nets gave up many points once again, but they play at such a fast pace that the opposing team is going to get more possessions and therefore the Nets are going to be involved in a high scoring affair. That’s not necessarily a bad thing; the Nets are at an advantage when the opposing team is forced to play Brooklyn brand of basketball to keep up.

Brooklyn’s lack of bigs was exposed yet again in the Magic game as Nikola Vucevic dropped 41 points, shooting 17-of-22 from the field along with 12 rebounds. It is expected for offensive bigs to put up numbers against this team because there’s just not enough size to contain those types of players.

The Nets showed off depth in this game, too, as 11 different players played over 15 minutes and scored at least three points each. One of those 11 players was Jarrett Allen who made an immediate impact in his NBA debut. He had three dunks and an emphatic block that has Nets fans beginning to be excited for what this kid can be.

The Nets are looking to keep the momentum going against the Hawks Sunday afternoon at home. Atlanta parted ways with Paul Millsap this past offseason and look to be in rebuilding mode this year.

That being said, this team should not be taken lightly. The Hawks are a pesky team that still has a talented coach leading them and a solid group of players that are nothing to scoff at. Dennis Schroder has gotten off to a great start this season and should be the biggest concern for the Nets heading into this game. He’s had over 25 points in both Hawks games this year and should have another big game considering the extra possessions he may likely get in this game. Expect yet another high scoring affair.

3 Things to Watch For

Allen performed well in his debut and maybe earned some more minutes going into today’s game. It is likely he was put in the game after Kenny Atkinson saw that Timofey Mozgov was struggling to guard Vucevic and wanted to throw a different big on him to see how he’d react.

The Hawks do not have a big who is gonna give the same issues as Vucevic, but the defense has not been good enough to feel sure that it won’t happen again. Allen needs to prove himself on the defensive end to ensure a consistent spot in the rotation. He has all the tools to be great on that side of the floor and the Nets are severely lacking rim protection. He can be great in the pick and roll and make at least one highlight dunk per game, but a young big man’s best bet to get minutes is to prove he is willing to do the dirty work.

Dinwiddie had a great showing against the Magic on Friday night. He was a calming presence when he was the primary ball handler, a role he can try and maintain this season.

Allen Crabbe was not lights-out Friday night, but he’ll most likely get the nod as the starting two guard on Sunday. That being said, we’ll probably see more of Russell and Dinwiddie sharing the floor together. Russell was struggling with turnovers last game, working into his new role of initiating the offense with Jeremy Lin out.

It can be expected for Dinwiddie to be the secondary ball handler in some lineups to let Russell be a bit more free with his game.

Marco Belinelli has given the Nets a headache for most of his NBA career. The move to Atlanta presents the possibility that this trend will continue.

Mike Budenholzer runs a system similar to the one Belinelli played under Gregg Popovich in his tenure with the Spurs. He struggled against Charlotte recently with a five-point performance, but he dropped 20 points in the season opener against the Dallas Mavericks. He’ll look to bounce back this game against a team he is familiar with, and the Nets need to be ready for it.