By Devin Kharpertian Posted on January 30, 2013 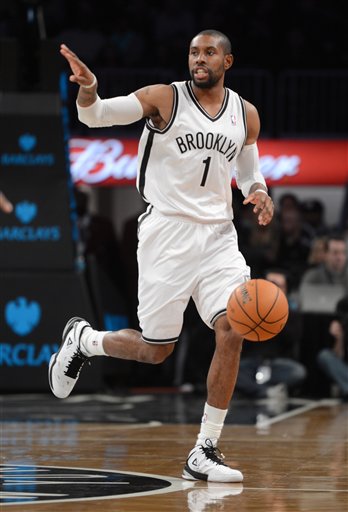 Brooklyn Nets backup guard C.J. Watson was profiled in a feature for SLAM Magazine today, dishing on the team, the turnaround, and the issues that led to Avery Johnson‘s firing.

“We didn’t talk a lot, but it was just communicating when I was out there on the court—the plays he wanted to run and stuff like that,” Watson told Adam Figman of SLAM. “Once we started losing I knew things weren’t right. Then certain things happened, and it was clear that something was going to change, and that was the change that they made.

“I knew something was going to change, and he was the change.”

The Nets were 14-14 in Johnson’s tenure as head coach, including a 3-10 skid that led to his departure. The Nets have gone 13-4 since P.J. Carlesimo took over as interim head coach.

Watson also talked about the funniest player on the team (Keith Bogans or Reggie Evans), his charitable foundation (“A free basketball camp in the summers for kids back in Vegas, a back-to-school event with free supplies for the kids, and an essay contest during Black History Month”), and Jerry Stackhouse’s good side. Full interview in the link below.