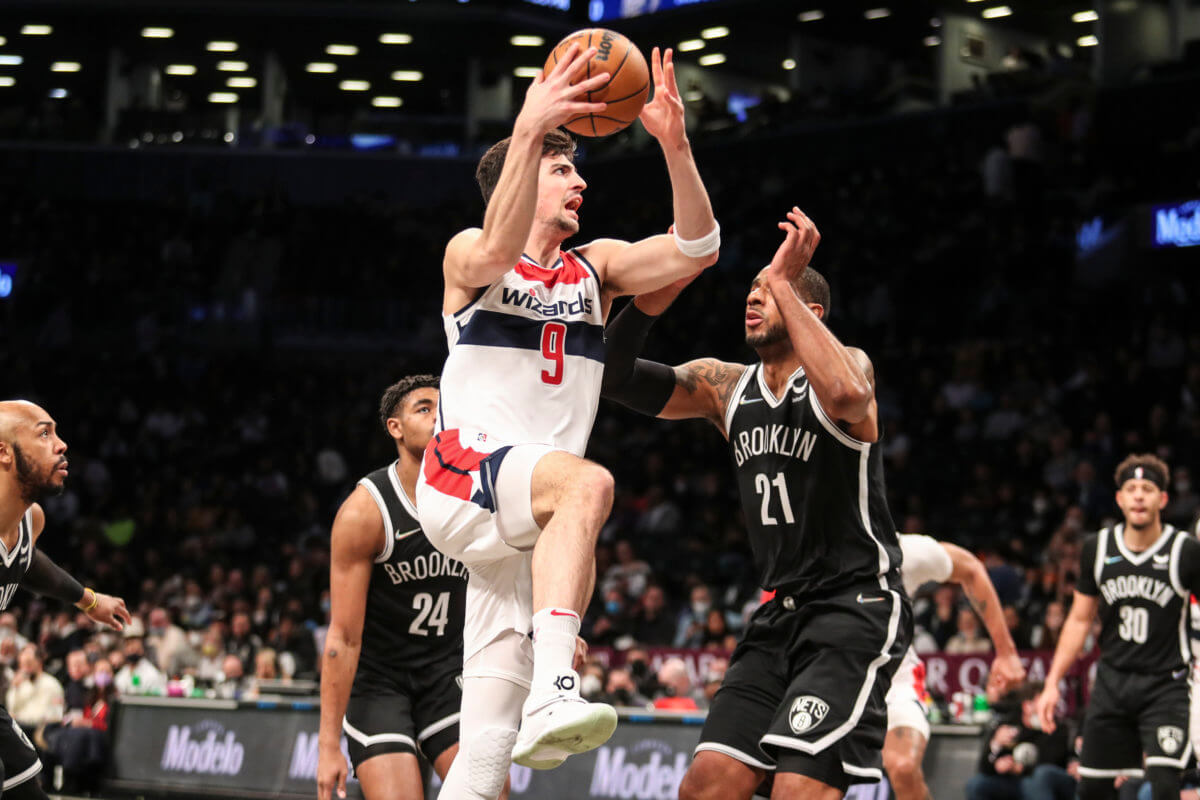 The Nets looked like a team that was ready for the NBA All-Star break.

Despite rallying from a double-digit deficit in the third quarter, the Nets defense allowed the Washington Wizards to go on a 17-5 run to start the fourth and fell to 117-103 on Thursday night at the Barclays Center.

The Nets couldn’t contain the Wizards’ offense in the loss, allowing them to shoot 55.4% (46-of-83) from the field and 50% (12-of-24 from three-point range. Brooklyn never let the game get out of hand, and despite giving Washington double-digit leads in the third and fourth quarter, the Nets clawed their way back each time.

In the end, though, it wasn’t enough as the Nets struggled to find consistent shooting at times and couldn’t get the stops they needed when the game was in reach.

“They made some big shots,” Nets coach Steve Nash said. “Ish Smith made a bunch of shots down the stretch. They made, we missed. It was just a tough night.”

Brooklyn’s shooting struggles became extremely evident during a stretch on Thursday when the Wizards went on an 18-0 run, which started in the second quarter and continued into the third. The Nets missed 14 consecutive shots in that span.

The Nets were also dominated by the Wizards in the paint. Washington outscored them with 54 points in the paint to Brooklyn’s 28.

The loss sends Brooklyn into the all-star break at 2-1 in their last three games this week. It also snapped a two-game winning streak that they had for the first time since mid-January.

Patty Mills had a team-high 22 points on 8-of-14 shooting and he went 5-of-7 from three-point range in 30 minutes of work. The Aussie sharpshooter is Brooklyn’s lone participant in this year’s NBA All-Star weekend.

"All things considered, my money's on Patty"

Cam Thomas followed up his heroic effort on Wednesday with a 20 point effort against the Wizards off the bench and LaMarcus Aldridge had 16 points. Jevon Carter shot 3-of-9 from three-point range and finished 14 on the night.

The First half of Thursday’s game was a back and forth between the Nets and Wizards. Washington opened the game with back-to-back buckets before Mills and Curry got Brooklyn onto the board.

Washington and Brooklyn were tied on four separate occasions in the first quarter alone and neither team led by more than five in the first half. However, the Wizards capped the second quarter with a 9-0 run to take a 55-51 lead over the Nets into the locker room.

The Nets are hoping that the all-star break gives the team a chance to cooperate from a chaotic couple of weeks that saw Brooklyn lose 11 straight and one of its superstars force his way out via a trade at the deadline. The Nets have looked like a bit of a different team since last Thursday’s deadline passed.

“We’re excited. We have 22 games to kind of come together as a team,” Nash said about the post-all-star break push. “Kevin returning, Ben returning. Hopefully, we get a good run of health where we can really build something in a short period of time and get a better seed, and also more cohesion going into the playoffs.”

They are also anticipating the return of Kevin Durant and Ben Simmons’ Nets debut at some point following the all-star break. When exactly that remains anyone’s guess.

“I don’t have any clarity,” Nash said in response to a question about the two superstars.

The Nets’ first game back from the break will come on Feb. 24 when they host the Boston Celtics at the Barclays Center. From Nash’s previous comments on Wednesday at Madison Square Garden, it didn’t appear likely that Durant would be making his return in that game.