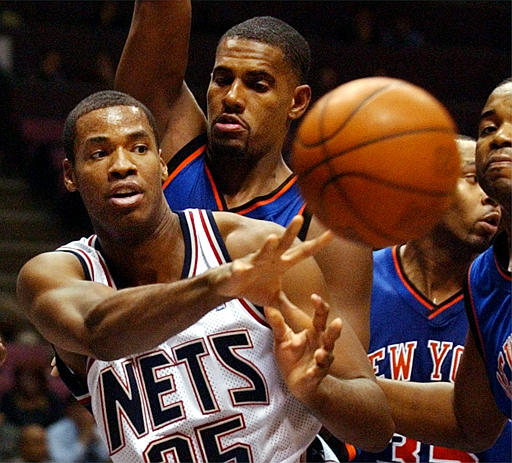 In a personal, wonderfully written piece for Sports Illustrated, 34-year-old free agent and former New Jersey Nets center Jason Collins came out as the first active gay basketball player in the history of the NBA. Collins, who wishes to continue to play basketball, discusses his journey of self-discovery, choosing to come out ended only after the season ended so as not to be a personal distraction.

Collins, who said he chose the number 98 as a private homage to Matthew Shepard, has received an early outpouring of support from NBA players and officials:

Jason Collins much respect,Stay up my guy!

As a firm supporter of the LGBTT, of course I support & applaud @jasoncollins34 brave decision. Facing stigma head on, thank you.#BeWell

Proud of @jasoncollins34. Don’t suffocate who u r because of the ignorance of others #courage #support #mambaarmystandup #BYOU

Here is a full statement from NBA commissioner David Stern:

As Adam Silver and I said to Jason, we have known the Collins family since Jason and Jarron joined the NBA in 2001 and they have been exemplary members of the NBA family. Jason has been a widely respected player and teammate throughout his career and we are proud he has assumed the leadership mantle on this very important issue.

Collins was acquired by the Nets on a draft-day trade in 2001, playing 7 1/2 seasons with the Nets before a trade sent him to the Memphis Grizzlies in February of 2008. He was the team’s starting center in their back-to-back NBA Finals appearances, and routinely lauded as one of the game’s best interior defenders. Though he got metaphorically mauled by Shaquille O’Neal, he reminded Shaq in the open letter that his “flopping has nothing to do with being gay.” He played 510 games with the Nets (T-3rd most in franchise history), averaging 4.4 points and 4.5 rebounds per game with the franchise.

Link to Collins’s open letter below.

Read More: Jason Collins reveals he is gay: How story came together for SI – The Magazine – SI.com>/a>