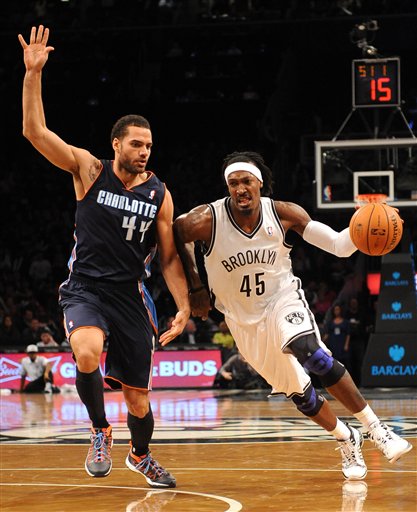 #CRASHBACK (AP)
Gerald Wallace will return to the starting lineup after missing Monday night’s game against the San Antonio Spurs, the Brooklyn Nets announced today. Wallace had been nursing a bruised right knee, and before the San Antonio game had told reporters, in apropos Crash fashion (Crashion?) he was “definitely” going to play.

The Nets may continue to roll out their small-ball lineup, pairing Wallace with Brook Lopez in the frontcourt and flanking the three with Deron Williams, Joe Johnson, and Keith Bogans. Though overall the lineup has proven successful, it has come with mixed results on a game-by-game basis, and with the Nets facing the Oklahoma City Thunder tonight (with Kevin Durant at small forward, Serge Ibaka at power forward, and Kendrick Perkins at center), it may behoove the Nets to return to a more traditional look.