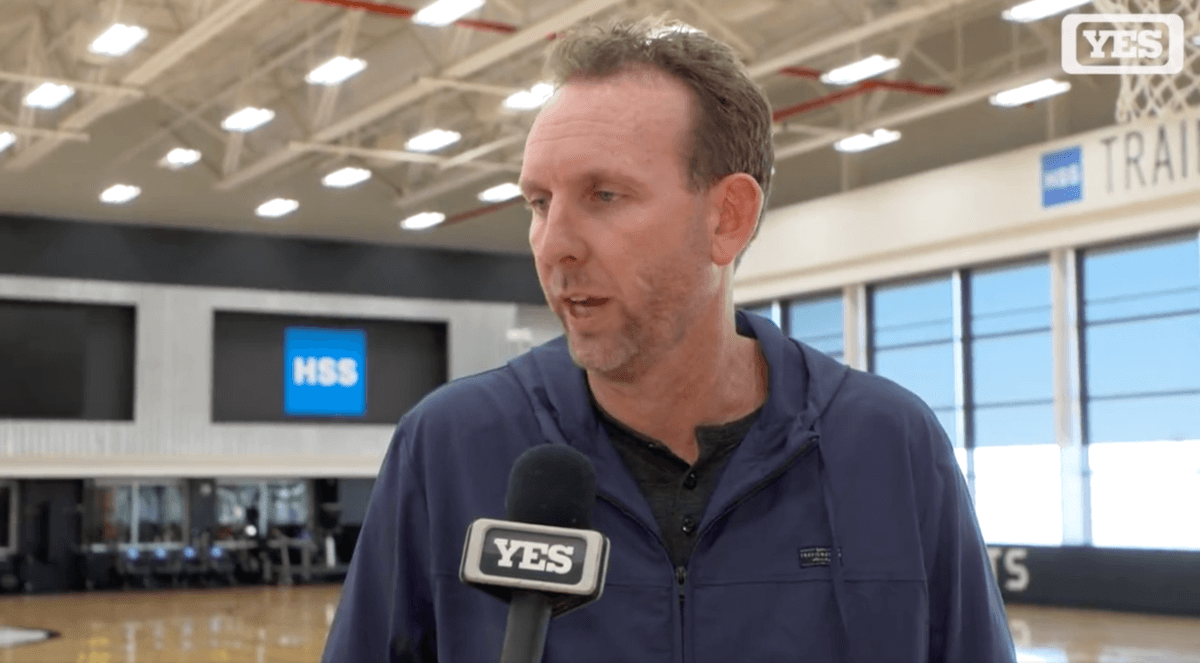 Ben Simmons is still some time away from his Nets debut it appeared after general manager Sean Marks spoke with the team’s broadcast partner YES Network.

In the most detailed update, Marks told YES that Simmons’ back stiffness has delayed his return to the court and that there isn’t a timeline for his return still. Simmons was acquired by the Nets in a blockbuster deal at the deadline that sent James Harden to Philadelphia.

“He’s been rehabbing this last sort of week to 10 days and now he’ll progress throughout this week with some individual workout,” Marks said in a clip published to Twitter. “Hopefully by the end of next week, he’s getting into more of the team environment and then we can really ramp up. And start him getting into game shape and so forth.”

The team’s general policy is that a player needs to complete without issue three high-intensity workouts for them to be cleared for game action. That means that any hope of Simmons returning before next week’s trip to Philadelphia seems all but unlikely at this point.

Simmons had said at his introductory press conference that he had hoped to be back in time for the Nets trip to play his former team at the Wells Fago Center. The Nets seemed to be taking a more cautious approach now with Simmons.

“Although there’s no real timetable we just have to take it day by day,” Marks said. “See how he responds and hopefully sooner the better. We need this group together and get minutes together on the court.”

Time is ticking for the group of new Nets to get time with one another before the postseason begins. Kevin Durant returned on Thursday against Miami after missing 21 games with an MCL sprain and Kyrie Irving is still limited to playing games on the road due to his status as an unvaccinated player.

The Nets’ practice time will be limited as well with so many games on the schedule in a short period of time.